Willy and I took a little hike up to the local school. It was an interesting immersion in Communist slogans. On this mural, Deng Xiaoping exhorts the children that education is about facing modernisation, globalisation and the future.

A pair of obedient legs, a civilised mouth,
An intelligent brain, a benevolent heart,
A pair of nimble hands, a dependable person. 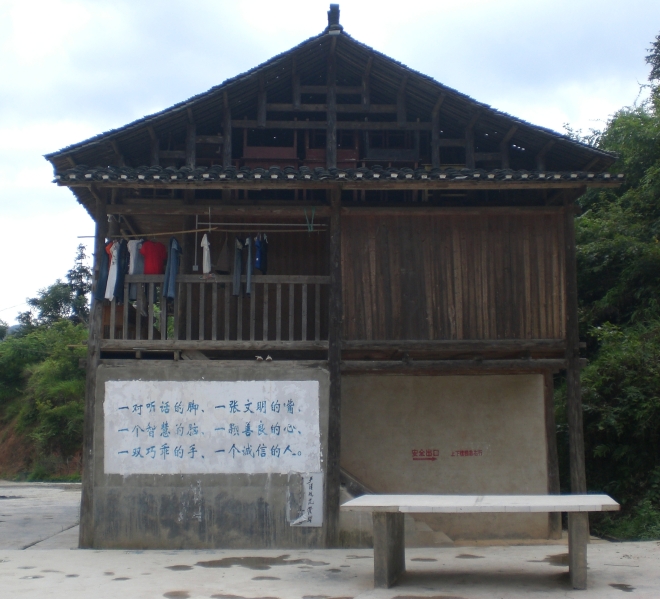 I’m not even going to bother translating the whole of this set of slogans to underscore the core  values of society. Suffice to say, the parallel structure of eight glories against eight shames is very typical of Chinese slogans. It’s not even very communist in nature. See for yourself when you watch (real, not Hollywood) kungfu movies.

The last crude slogan is pithy and cuts straight to the chase: If you don’t graduate from middle school, you’ll not be a good worker.

I wondered what school really was like in these parts. Did they have to memorise these slogans along with their lessons like automatons? Or did they just play lip service and get on with other more important things? If only it was a school day, I could have taken a sneak peek.