While strolling past the river, we saw a villager shooting at fish with an air gun. We stood and stared for a while, not sure what to make of this. Weren’t guns illegal in China? Then again, this was a remote place that could possibly be outside of the law. Why on earth was he shooting the fish instead of a hook and line? If he got one, how was he going to catch it and we didn’t see any fish in the river anyway. Turned out that it was just for fun and occasionally they’d get a small one. 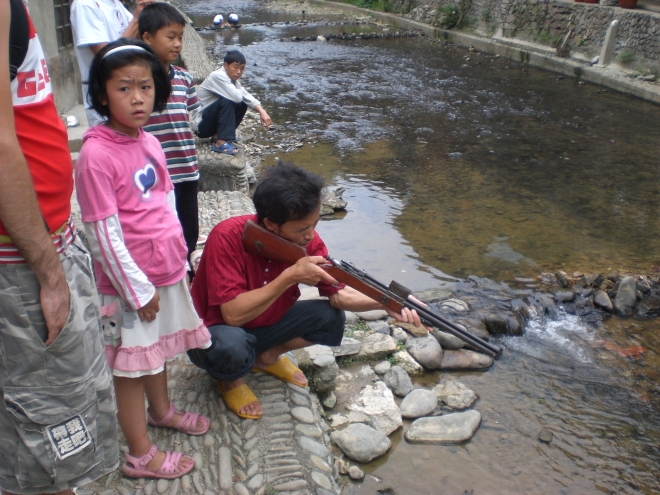 As we stood around for a while, a lady came up and started chatting with me. It turned out that she was the gun-fish man’s wife. She told me about the village and how they made a living on the farms in the outskirts. I was surprised to find out that they commuted to work every morning on the buses that regularly passed the village. They made enough money to rebuild their wooden house every five years, which was the norm in the Dong area, but rather flabbergasting to me. I thought rebuilding every ten years was already horribly excessive. (Case in point, my alma mater is being rebuilt only ten years after moving to a new building.) I suppose for them, rebuilding is a matter of affording the rent or whatever it cost to stay somewhere else while the new house was being built. Wood and most of the construction material would come from the forest.

It seemed to be a labour-intensive, but fairly idyllic life. There was lots of time to sit around and chat. People here had time to spend with others. I liked that a lot. It helped that everyone in the village was pretty much family. They all had the surname Lu. It was odd at first, but I later realised that most villages in China were like that, including my own ancestral ones. Wives were found outside the village and daughters were married off to a family in a nearby village. 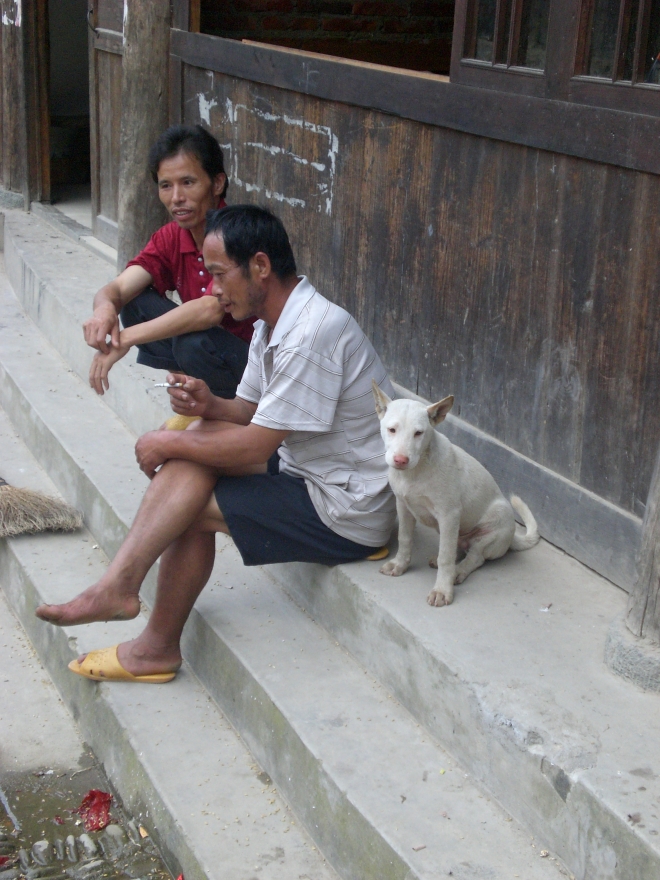 Here, one of the Lu daughters showed me a grasshopper they’d just caught. We were chatting away in the house as the sky darkened, and suddenly there was a slight commotion at the far while. A large grasshopper flew into a special trap woven from grass fibres and scratched loudly but vainly to escape. I asked them what they caught the grasshopper for, and the answer was an insouciant, “Oh, for fun!” 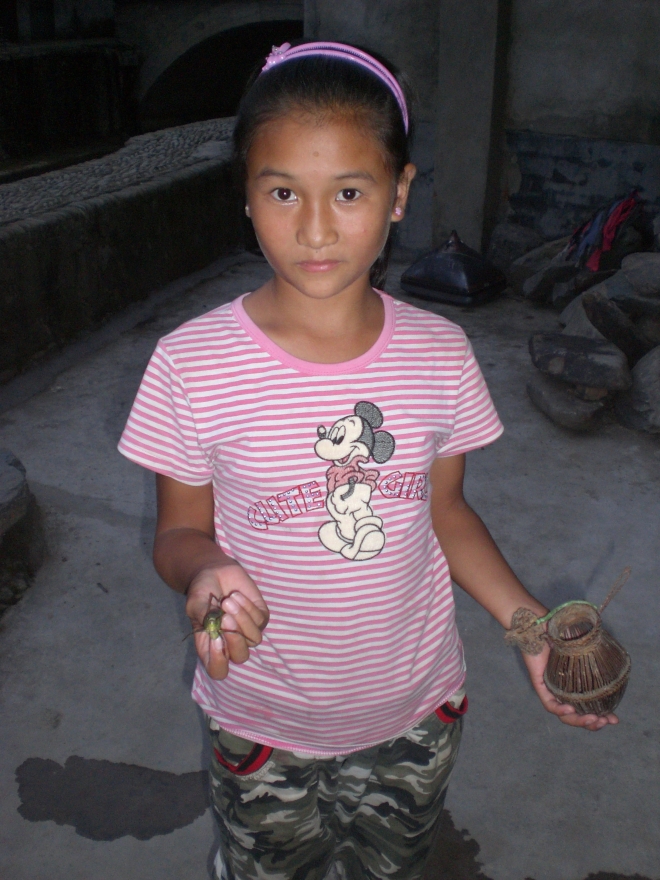 Later that evening, Willy showed the kids a magic trick with cards. They were delighted! It kept them occupied while Mr Lu showed me the family photos. There were photos of him in military service, at the local attractions within the province and with the family.

They had never stepped foot outside of the province before and would never be able to get a permit to leave the country for a holiday. Nonetheless, they seemed resigned to that and appeared content with their lot in life. They were incredibly generous, even asking us to stay the night with them and not waste money at the guesthouse. 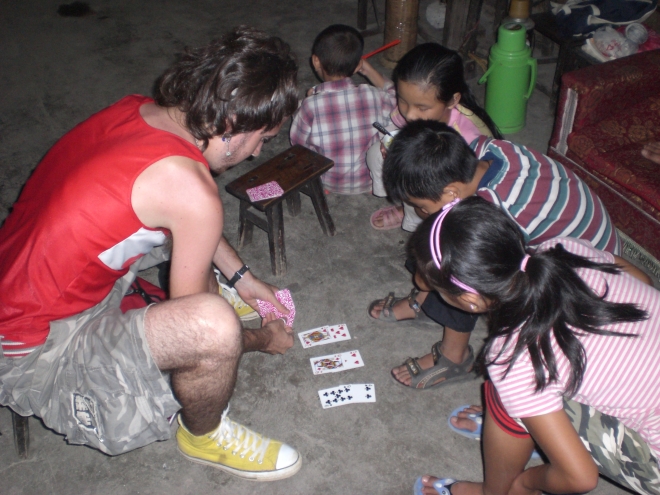 Before going back, we took pictures with the family. They were very happy to gather the family round for it. We left with them telling us to please come back and visit soon. 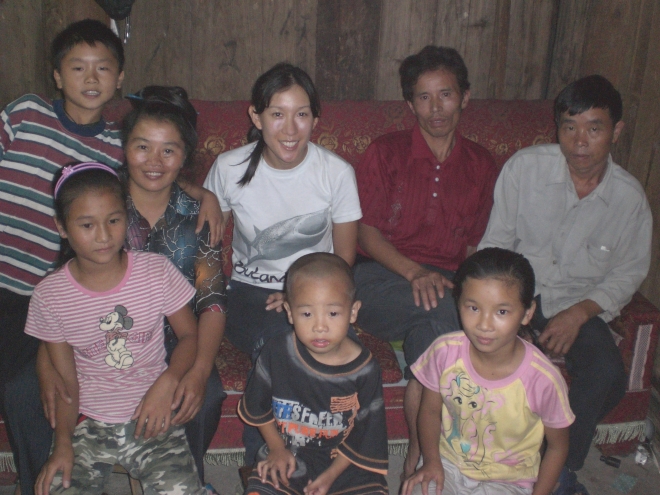